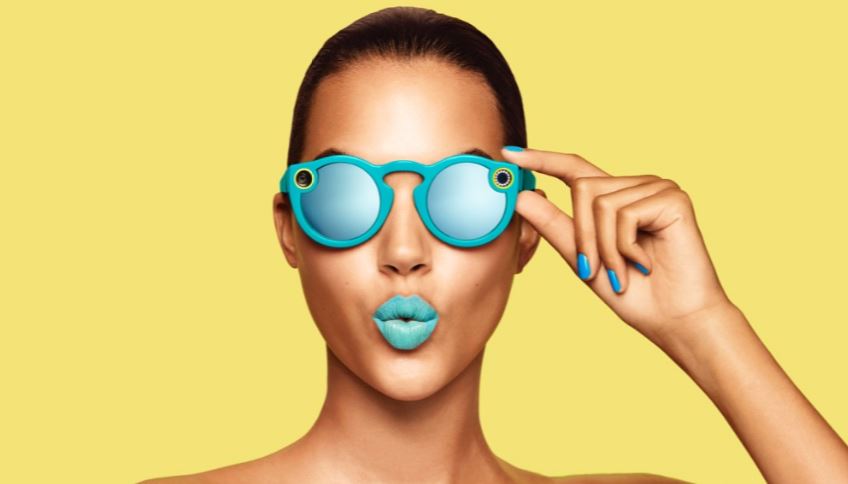 Everything you need to know about Snapchat Spectacles!

Snapchat is an application that has slowly taken the world by storm. The idea began as a project at Stanford University by students, Evan Speigel and Bobby Murphy.  What started as a simple selfie application called “Picaboo”, transformed into an image messaging multimedia application. This application allows users to share images and videos that are short-lived and self-deleting. Over time, the app has been experiencing incremental innovations with additional entertaining facilities, one them being the popular Snapchat Filters. Recently, Snap Inc. has chosen to radically extend its product idea by introducing Snapchat Spectacles!

Below are a few FAQ’s to understand the features and uses of this innovative device.

Do not confuse Snapchat Spectacles with Google Glass, they are camera glasses. Unlike Smart glasses or any sort of head-wearable technology, these Spectacles just have a camera installed in them, no display. This product can record 10-second video clips that atomically upload onto a user’s Snapchat account through Bluetooth or Wi-Fi.

What can it do?

The 115-degree wide-angle camera can record videos in a circle, which can be viewed horizontally and vertically on the Snapchat app. by spinning your phone around in any orientation, can help view the videos. The videos are reframed as needed, allowing you to reposition your phone for certain videos.

How do they look?

The Snapchat Spectacles are bright and quirky, which aligns with the brand’s image. There is a prominent circular ring of LEDs that light up when a video is being recorded. Therefore, the brand has chosen not to hide the camera feature, and instead highlight it.

How can I charge this?

The Spectacle case is also bright and colorful, and that’s not all, the case also acts as a charger. When the Spectacles are not in use, and safely in their case, they’re being charged.

Can you use Snapchat Filters with this product?

Snapchat Filters have gotten increasingly popular with its users. The feature allows users to set filters that map onto faces when capturing images and videos. However, videos that are recorded via the Spectacles can be adjusted by adding some filters once uploaded on the Snapchat app. The Spectacles are just camera glasses that do not have this feature. Furthermore, since the camera is outward-facing and not inward, the Spectacle isn’t selfie-friendly.

Where can you purchase them?

Unfortunately, the Spectacles are not found in stores. Pop-up dispensers are the only way early adopters can purchase the product at the moment. A single “Snapbot” vending machine in Los Angeles and is now moving around the country to locations that are yet to be disclosed.

How much does it cost?

Speigel refers to the product as a “toy”, at the price of $130, where a lot of sunglasses are already priced around a similar margin. The Spectacles are positioned as a spontaneous novelty purchase, similar to the Amazon Echo and Fitbit Lurk. The product has been strayed away from being a luxury item such as the Apple Watch.

What are the takeaways?

GoPro is a video-capturing device that has recently become prevalent. Therefore, it is hard to distinguish where the ‘video-capturing’ devices lie in the opinions of the general market. However, it is common to see that most people share their daily events on their phones and so the Spectacles may not be such a ‘new’ concept. Only time will tell how this product will be established in the market.

Want to be a part of innovation as dynamic as Snapchat Spectacles? Consider being a part of our business centre in Bengaluru, or our shared office space in Mumbai.