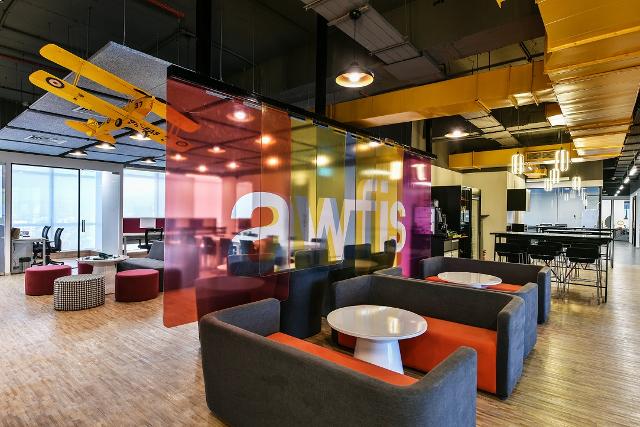 Origin Of The Word ‘Co-Working’

Oxford defines the word ‘co-working’ as, “The use of an office or other working environments by people who are self-employed or working for different employers, typically so as to share equipment, ideas and knowledge.”

To elaborate, co-working spaces encourage dynamic organisation and freelancers from different fields to work under the same roof, enabling an exchange of exciting ideas. This creates a vibrant workplace that exposes the workforce to new experiences, widens their horizons and offers greater networking opportunities.

How it all started with ‘Hackerspaces’

In 1995, when 17 computer-enthusiasts started a group called ‘C-Base’ in Berlin, it marked the introduction of shared workspaces. The idea behind it was to provide a common meeting ground, called a ‘hackerspace’, that offered technical facilities to people passionate about computers. It gave them the opportunity to build a community of like-minded people. Though it was different from co-working, it laid the foundation stone for collaborative workspaces.

DeKoven’s interpretation of the word

Bernard DeKoven, an American fun theorist and game designer, is credited for having coined the word ‘co-working’ in 1999, though its meaning was different from what it is today. DeKoven interpreted the term as ‘working together as equals.’ He channeled his efforts towards breaking down the rigid hierarchal boundaries at workplaces to introduce a healthy work culture.

In the same year, DeKoven established 42 West 24 – a spacious commercial loft with desks and offices for rent in the New York City, offering an array of flexible memberships for organisations and individuals. However, 42 West 24 missed out on two most identifiable elements of ‘co-working’ i.e.  community events and networking.

The rise of the ‘entrepreneurial centre’

It was when the idea of work from home became too boring for two Australian entrepreneurs that they decided to create a space for like-minded individuals to collaborate and brainstorm ideas. An ineffective factory was converted to a workspace for freelancers, start-ups, PR consultants, architects and the like and named ‘Schraubenfabrik’. Later, it was renamed as ‘entrepreneurial centre’.

Evolution of the modern concept of the word

Brad Neuberg, officially considered as the father of the co-working movement, launched the ‘9 to 5 group’ in San Francisco in the year 2005 to provide freelancers with the convenience of workplace facilities.

The enthusiasm that this group garnered led to co-working spaces mushrooming not only in San Francisco but spreading rapidly to other continents like Europe and Asia within a short span of time. No wonder, co-working spaces have doubled each year since its inception in 2005.
Current day scenario

Co-working featured as one of the leading search terms on Google, witnessing a six-fold increase in search, as compared to other words and phrases. Being recognised by the search giant in 2007 spoke volumes about its popularity. An official page on Wikipedia confirmed the buzz around the word.

Forbes’ prediction about the number of co-working spaces reaching 1.2 million by 2017 indicates its significance among entrepreneurs and working community.

Witnessing the exponential growth worldwide since the last decade makes it evident that the trend will not slow down anytime soon. The work-life balance that co-working spaces offer seamlessly translates to increased work productivity, making it score over traditional workplaces.