The firm aims at its raising seat capacity to 40,000 in a year and it aims at foraying into six new cities including Chennai and Bhubaneshwar.

With a war chest of $20 million raised from Sequoia Capital and a family fund run by Yes Bank founder Rana Kapoor’s daughters, home-grown co-working operator Awfis is planning to expand aggressively in the next one year taking its total capacity to around 40,000 seats, 60 per cent more than its present level of 25,000.

The company, which eyes spreading its geographical footprint to 15 cities from the present nine, may also explore the possibility of going public in the next three years when it hopes to touch a turnover Rs 12 billion. The company’s revenue in FY18 stood at Rs 1.5 billion.

Currently, Awfis operates in 9 cities including New Delhi, Mumbai, Hyderabad, Pune, Kolkata, Noida and Gurugram, and is planning to enter into Chennai, Ahemdabad, Indore, Jaipur, Kochi and Bhubaneswar by March 2018.

“Our supply side acquisition cost is much lower than other players which give us the flexibility to grow faster than them. Currently, apart from the straight leasing of space, we are partnering with the landlords where we don’t have to incur any fixed cost,” said Amit Ramani, Founder & CEO of Awfis.

“With decent EBIDTA margin and a pedigree of profit for three years, IPO is definitely an option and we will certainly look at it as an opportunity in next 3-4 years,” he added. The co-working operator, which claims to be already operational profitable, is hopeful of posting an entity-level profit in October this year.
The country has seen a number of entrants in co-working space in recent years, including companies such as Regus, 91springboard, InstaOffice, Innov8 and CoWork India. Global shared workspace provider, WeWork which has a presence in 15 countries, has also started operating in India in a tie-up with Bengaluru-based real estate developer, Embassy Group.

According to a report by real estate consultancy firm Colliers International, co-working operators absorbed seven per cent of total office space transactions in the first half of this calendar year, which stood at 24 million square feet.

Apart from partnering with property owners, Awfis is also leasing space in malls to meet the growing requirement. It operates around 30,000 square feet office space in Ambience mall at Gurugram. It has also opened centres in Raghuleela and Heera Panna mall in Mumbai and Nucleus mall in Pune.

“80 per cent of our customer base comes from corporates and SMEs while the rest comes from startups,” Ramani said.

Established in 2015, Awfis has so far raised $50 million in venture funding in multiple rounds. In the last round raised in April this year, the co-working operator raised $20 million from its existing investors Sequoia Capital, The Three Sisters: Institutional Office (TTS:IO) led by Radha Kapoor, and Temasek Group company InnoVen Capital.
“With the current round of fund raising, we are sufficiently capitalised till March of next year. Post this period, we will take a call,” Ramani added.

Coworking firm Awfis on Monday said its revenue grew by 46 percent to Rs 230 crore last fiscal on better demand for shared office space, and announced a solution that will provide physical and IT infrastructure to professionals working for home in the wake of the COVID-19 pandemic.

“Our revenue stood at Rs 230 crore last fiscal as against Rs 158 crore in 2018-19. It could have been more, but revenues were hit in March because of the coronavirus outbreak,” Awfis founder and CEO Amit Ramani told PTI.

The company has opened around 40 centres from May 4 with 33 percent occupancy permitted by the government. “Our centres in Mumbai and Pune are closed,” Ramani said.

He said the coworking segment has also been affected like any other industry, but expressed confidence that flexible workspace would gain momentum post COVID-19 with corporates and startups looking to cut capex.

People are currently working from home because of the lockdown. “Post COVID-19, we expect that around 10-12 percent of workforce will be working from home. Many companies have already announced such plans,” he said.

Therefore, Ramani said the company has come out with an offering called ‘Awfis@Home’, where it will help provide physical and IT infrastructure for work from home at Rs 2,500 monthly subscription fee.

“Organisations and individuals are trying their best to adjust to this new normal and the need of the hour is a solution that would help them maintain and build the productivity and efficiency of the physical workplace right in the safety and comfort of their homes,” Ramani said.

The integrated toolkit provides the users smart and ergonomic furniture along with tech solutions like high speed broadband connection, data security, and IT solutions.

Through an app, it will also help its corporate clients in attendance management of employees.

Awfis, which currently has 35,000 desks in 70 centres across major cities, has so far raised $81 million from investors, including ChrysCapital and Sequoia India. 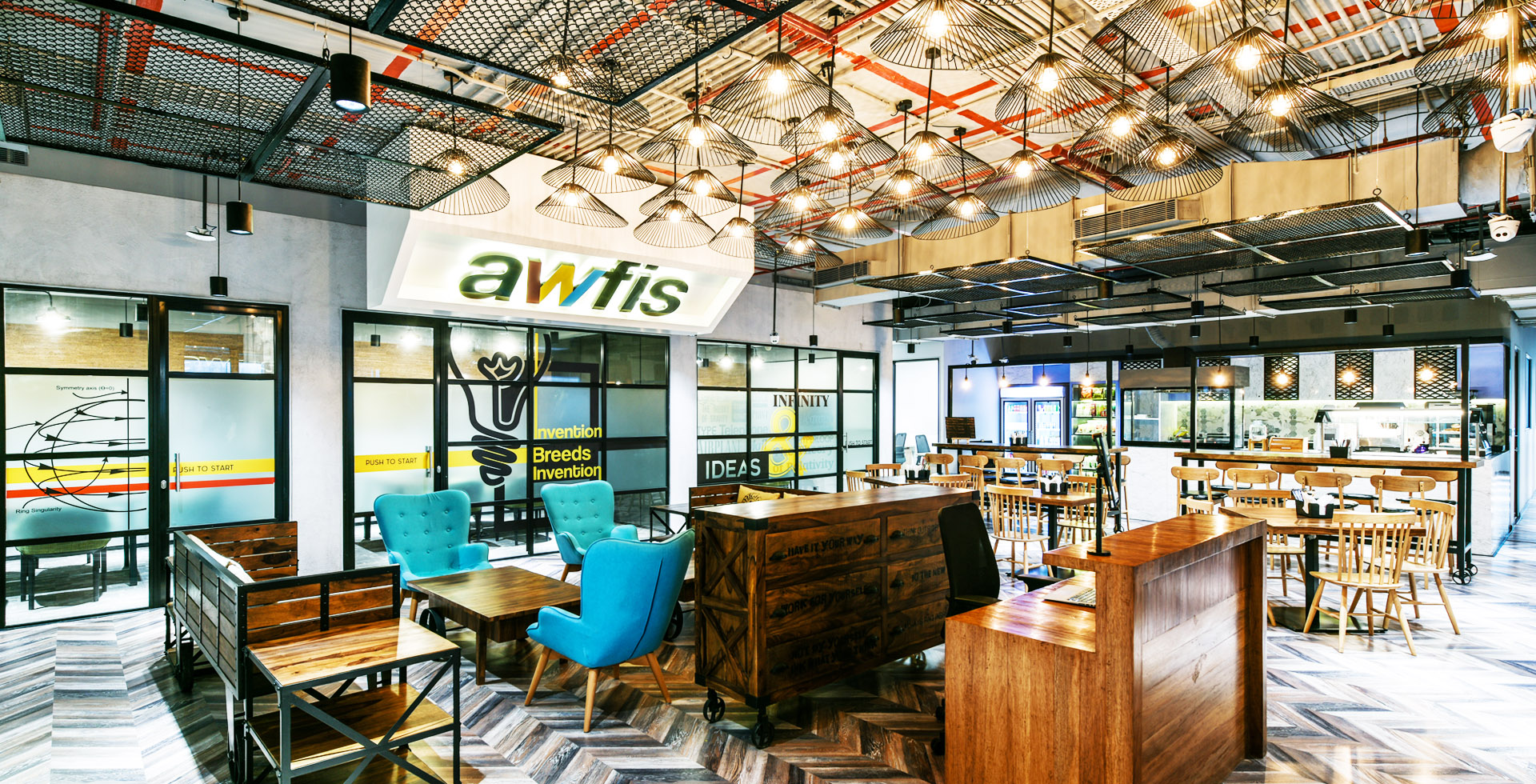 A healthy work environment through a blend of active urban setting as well as a stress-free ecosystem with sustainable measures can go a long way in improving employees’ productivity, say experts of workspace design.
Praveen Rawal, Managing Director of Steelcase, Southeast Asia and India, Shaishav Dharia, Regional CEO, Lodha Group and Amit Ramani, Founder and CEO of Awfis, share a list of tips:

* Creativity enhanced by technology: We’ve reached an era of peak screen time. Right now, screen time limits our impact with the physical environment, but that’s changing. Help is coming from our workplace and technology. Our spaces will become less about passively consuming what’s on our screens and more about how we interact with technology and tools.Incorporate technology to design and create an environment which will enable colleagues to work freely in-turn enhancing productivity.

* Design by data: Data has entered the work environment, adding significant value to the conversation between designers and customers. Does everyone need their own workstation or private office? Or would more private enclaves and collaboration spaces better serve the team? Sensors in the workplace can help organisations learn how often people are at their desks and what kinds of spaces will best support their people.

* The digital effect: Combining aesthetics with algorithms, multiple traditional offices and co-working spaces are infusing technology and digital tools to facilitate a conducive environment, ease in day-to-day functioning for businesses and employees as well. From smart access, smart spaces to smart meeting rooms, making use of a dedicated one app solution for a range of tasks such as QR-based visitor management, booking a conference room etc. to enabling parking allotments based on an organised number plate system through smart cameras, further aid in streamlining experiences in office spaces.

* Celebrate communities: Designers are explorers searching for inspiration in buildings being renovated into more creative workplaces. By connecting new work culture in a meaningful way to the collective identity of the location, community and brand, designers are creating authenticity in the workplace in the world. Additionally, to foster innovation and community building, office spaces are enabling collaboration through multi-use grand lobbies with activity-based settings to encourage networking, informal meeting zones etc. Such amenities also culminate in creating authenticity in the workplace and boost productivity as well.

* Biophilia 2.0: The innate desire to connect and bond with nature is experiencing a resurgence because of the balance we need from our digital world and the benefit nature’s restorative qualities provide our wellbeing. Synergising elements like embedded greens, infusing revitalising exterior elements, complying with sustainable standards and ensuring use of material and colours that offer calm and comfort, are majorly attracting the millennial workforce.

Please visit the below link to read the published article:

This article was also published in the below online publications: 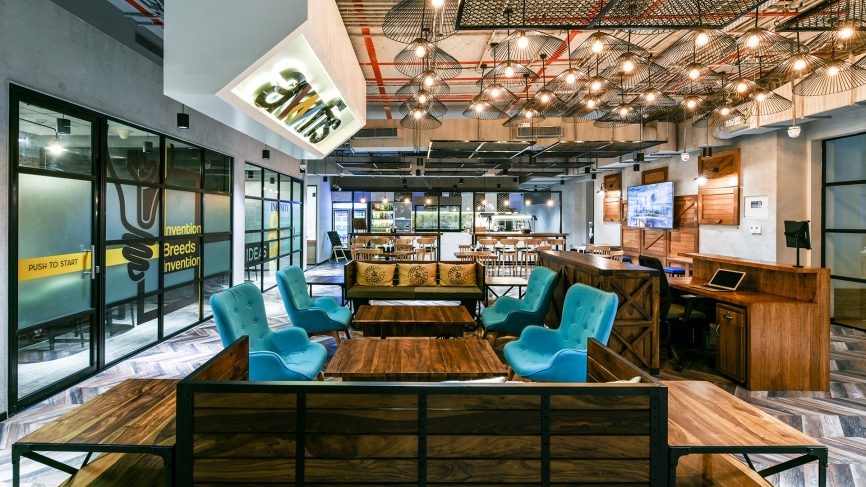 Awfis to triple number of co-working seats to 12,000 in Pune

Co-working operator Awfis plans to expand aggressively in Pune by tripling its number of centres to 21 over the next one year driven by huge demand for shared office space in the city from startups and corporates, a top company official said.
Awfis, which was founded in April 2015, entered Pune market 18 months back and has established seven centres with a seating capacity of over 4000. Now, it has chalked out a plan to add 8,000 seats more by opening 14 new centres over next one year.

It posted a revenue of Rs 57 crore last fiscal and the same is expected to reach Rs 170 crore this financial year.
“Pune has proved to be an ideal eco-system of startup entrepreneurs, SMEs and corporates, where Awfis is determined to continue its growth trajectory and provide best in class shared workspaces to facilitate businesses. We aim to open 14 new centres over the next one year, taking the total capacity to 21 centres and 12,000 seats in this city,” Awfis founder & CEO Amit Ramani told PTI.
“We have recently tied up for one centre in Pune with over 600 seating capacity,” he said, adding that the company would soon lease space for other centres.

Awfis has opened its workspaces across all key business centres in the city and is catering to clients such as Vodafone, Hinduja Group and Michelin Tyres.

The company aims to create a strong ecosystem for corporates, SMEs and startups to nurture the spirit of innovation and enterprise in the region.

Sumit Lakhani, Chief Marketing Officer, Awfis, said “Pune is undoubtedly one of the fastest growing cities in India and is seeing a lot of demand for superior workspaces by MNCs, SMEs and startups.”

Awfis currently has centres in Bengaluru, Mumbai, Delhi, Gurgaon, Noida, Hyderabad, Kolkata, Pune and Chandigarh. In wants to expand operations in Tier II markets to achieve its target to establish over 200 centres with 1,00,000 plus seats by 2020.
The company had in July raised USD 20 million (about Rs 137.57 crore) from a few investors, including Sequoia India, for expanding its operations and could raise more if required. Since inception, the company has raised USD 51 million.

To read this article visit the below links: