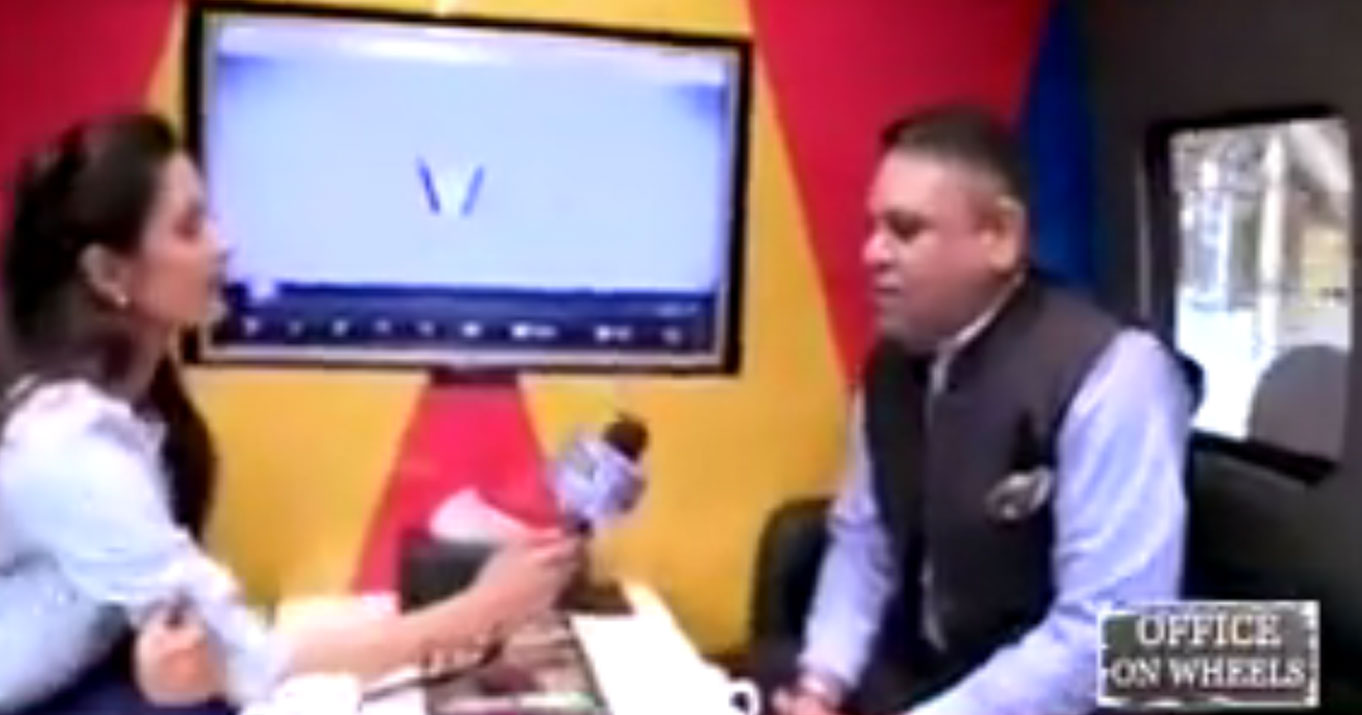 The Future Of Work Is In A Mobile Office

The future office is here — on the roads of Delhi and Gurugram. After business centres, coffee shops, co-working spaces, and pro-working set-ups, get ready to welcome the office-on-wheels.

Pro-working start-up AWFIS has just launched a mobile office: a van equipped with Wi-Fi; teleconferencing, printing, CCTV and pantry facilities; and even a meeting table for the use of companies that want their employees’ commute time to be used productively.

So, traffic snarls and bad connectivity can no more be excuses for missed deadlines.

Says Amit Ramani, founder and CEO, AWFIS Space Solutions, “The reality of working today is that there is so much downtime travelling. With the mobile office, a three-hour non-productive commute between Delhi and Gurugram and back can become 100 per cent productive.”

Ramani, an architect who went on to specialise in workplace strategy, founded the India office of global workplace design firm Nelson. In 2015, AWFIS was set up with a seed capital of $10 million with investments from Ramani and Radha Kapoor, daughter of YES Bank founder Rana Kapoor.

Ramani feels that the mobile solution will be timely in an era of driverless cars. “By 2020, driverless cars will be a reality. What will people do when they get into the car? The space and use of a car will certainly undergo a change,” says Ramani, adding that the van has been launched also as an experiment to study work habit behavior on the go.

Now on its pilot run, the van is open only to AWFIS members. Typically, small and medium businesses use AWFIS’ pro working spaces spread across 20 centres in five cities, although corporates like BNP Paribas, firms like Snapdeal, OLX and Digital Vidya, as well as freelancers use the premises.

“Eventually, however, the mobile office solution will be on the AWFIS app. If a non-member would want to book it we could consider it,” says Ramani.

Rental rates have not been decided, but Ramani says the pricing plan will offer both hourly and full day’s rental options. There are no ride share options: a company will have to book the entire 12-seater.

For now, AWFIS uses a Force Traveller, with its interiors redone to include a pantry and a washroom. Going forward, subject to demand, it will introduce 24-seaters.

“We could even consider smaller options such as SUVs,” says Ramani.

(The above article titled “The future of work is in a mobile office” was published in The Hindu Business Line on 5th Oct, 2016) 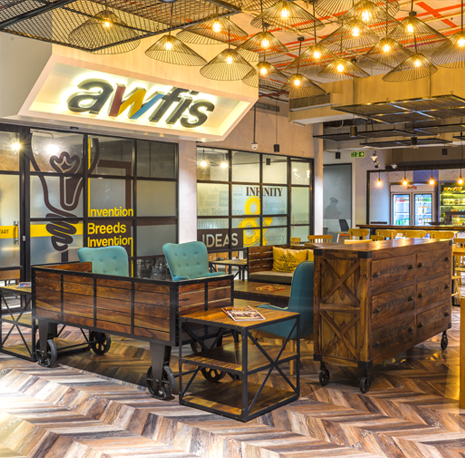 Visit the below link to read the published article: https://www.thehindubusinessline.com/companies/awfis-turns-profitable-set-to-expand-to-5-more-cities/article26567872.ece 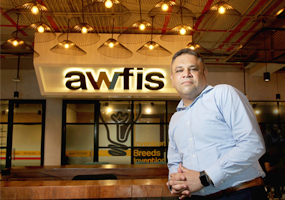 Co-working spaces major Awfis to double seats to 50,000 by July

The workspaces provider has grown from its first facility three years ago to 25,000 seats, about five months ahead of its its initial planned March 2019 date, and is now looking at doubling the number each passing year.

Amit Ramani, Chief Executive Officer, Awfis, said, “We have scaled up to 25,000 seats across 55 centres from 5,800 seats in 20 centres in July 2017. Our network, which includes start-ups, small and medium enterprises and leading corporate entities such as Hinduja, Vodafone, Mercedes Benz, and Hitachi, continues to expand.”

The co-working space as a category has been growing at a rapid pace as it is able to transform under-utilised real estate assets, including spaces in malls and some hospitality projects into efficient work spaces for entrepreneurs and corporate clients. This is a win-win situation for the real estate owner, for Awfis as also for those who take up space.

The demand is coming not just from micro-markets in large metros and major cities but from a number of Tier II cities, where there is untapped demand.

Over the last 12 months a about 80 per cent of the business has come from small and medium enterprises and corporate entities. This trend is expected to continue, with start ups too accounting for a growing numbers, Ramani said.

Mentioning that they had raised more than $50 million, the funding available and the realty share model with owners will enable to to meet immediate expansion plans, Ramani said that “Last fiscal, we closed with a turnover of ₹55 crore and this fiscal is likely to see a turnover of ₹170 crore.”

Visit the below link to read the published article: https://www.thehindubusinessline.com/news/co-working-spaces-major-awfis-to-double-seats-to-50000-by-july/article25382026.ece