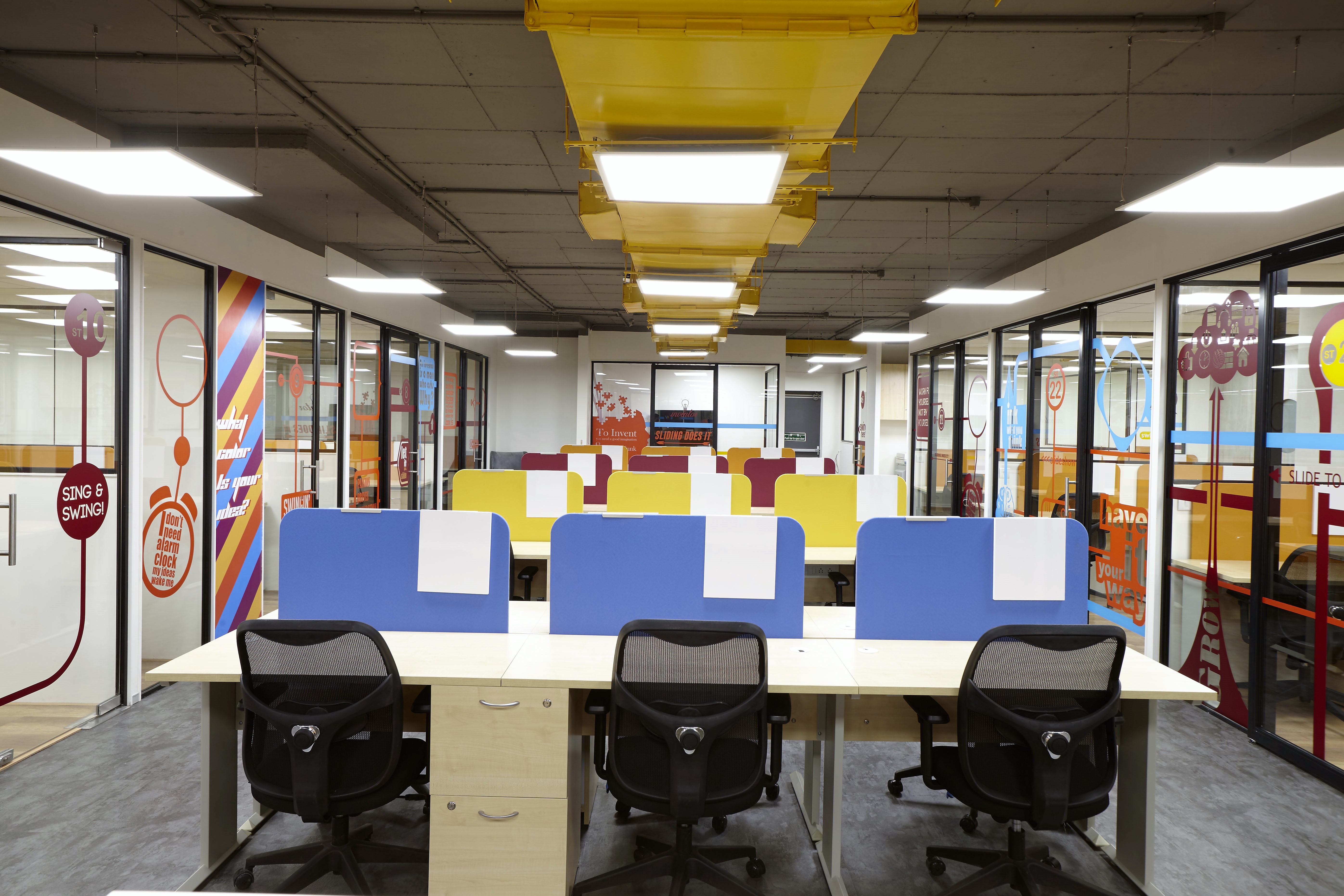 Jazz up your workplace smartly.

The world of design is fast evolving and organisations are thoughtfully finding ways to create authenticity in the workplace. The design of workspaces unknowingly inspires people to come to work and is also seen to have a profound impact on their performance and how they behave so jazz up your workplace smartly.

* Biophilic Influences: The wave of digitalization has surrounded Indians with advanced technologies and cutting-edge tools that add to our performance. Spaces that allow more access to natural light, greenery and layers of pattern and texture, lead to stronger connection and rejuvenation at work. Switch from wood to either stone or clay and incorporate designs and fabrics that resemble grass or other natural inspirations. People instinctively step back from foreign and artificial materials.

* Diversity of colours: Different colours have different effects on your mind. Workplace colour is often associated with the look instead of how it makes one feel. Nobody enjoys working in an atmosphere that is gloomy and dull, therefore the colour of your office walls play a key role in defining workplace behaviour.

If yellow induces a sense of optimism, blue proves to enhance the productivity of employees. High saturation colours are much more stimulating than the low ones.

Having said that, in a working environment, using too much of one colour can make you feel off-balance.

* Designing with technology: Technology is pushing forward the requirement for an unconventional workspace for the new generation workforce. Smart and connected places improve people’s experience at work, which makes it imperative to design environments that combine aesthetics with technology.

* Designing for personalities: Workspaces are inspired by creativity today. In order to make use of every corner, designs should be focused on making a self-configurable office that can be altered with the need of the hour.

A collaborative workplace bridges physical, virtual, demographic environments seamlessly. Incorporating a variety of collaboration styles through hot-desking, break-out zones, cafes, meeting rooms etc. will augment engagement and networking. Keeping in mind different personalities who come in to work, integrating both modular and contemporary furniture styles would enhance greater user experience. Your workspace should promote spaces to discuss work in a more social and informal setting without disturbing the flow of creativity and innovative ideas. 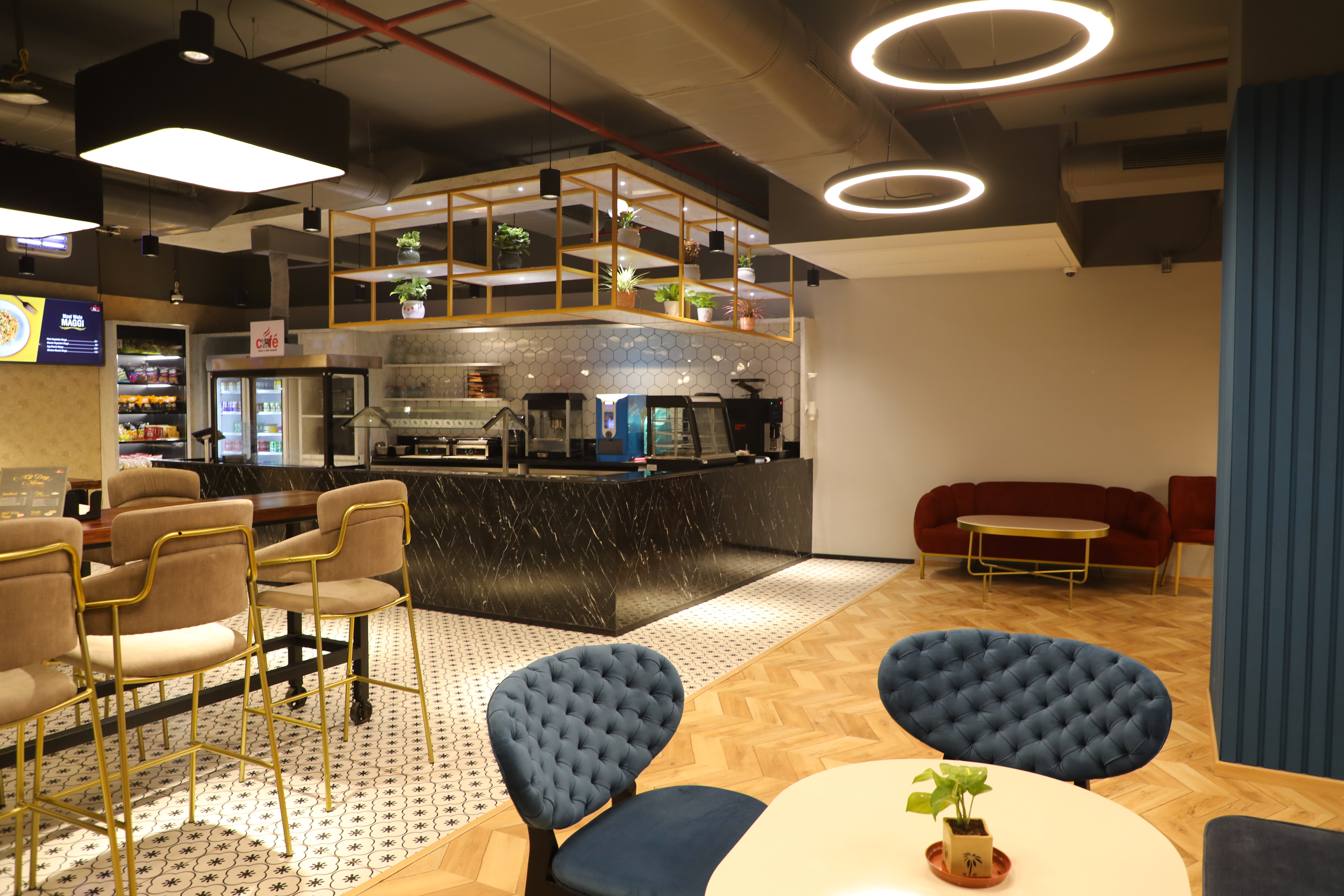 Most young people want to go back to the office for work. Gurnani says that middle-aged people prefer to work from home without bothering to drive on a daily basis.

In a statement to fortune India, managing director and CEO CP Gurnani said, “Looking at it from a real estate perspective, I don’t need more than 50% of the workplace space. In my own opinion, 40% of the space currently available to work is enough. For every employee, if I had provided 150 square feet of space, I am now going to give them only 60 square feet. because I can work flexibly.”

Two different opinions
According to our internal surveys, most young people want to return to the office for work. Gurnani says that middle-aged people prefer to work from home without bothering to drive on a daily basis.

The fast-paced hybrid age
Supporting his logical stance by emphasizing on the merit of technology that has enabled employees to work efficiently from anywhere in the last two years, Gurnani said, “The world of work has changed. Artificial Intelligence, automated, security, extended platforms facilitated today is the hybrid age.”

Technology has proved this. The only thing that needs to be addressed today is which tasks, which areas need more interaction,” says Gurnani.

In fact, in terms of leasing traditional office spaces, the average contract size of technology companies has reduced by 15% pan-india in 2021 compared to pre-covid-19 levels, data released by colliers, a property consultant, shows.

Plan to open a small branch office
According to company analysts, technology companies are exploring the hub and spoke office model. He explains that the idea is to have a head office in the tech corridor and many smaller branch offices near residential locations.

“This change is likely to gain momentum in the future. small and medium-sized contracts are expected to assume greater importance in the face of big deals in the future,” says Ramesh Nair, CEO and Managing Director, Market Development, India division, Asia at Colliers.

Opportunities for skilled talents
While the hybrid work model gives corporates an opportunity to hire skilled talent at low cost from tier-ii and tier-three cities, several it companies are also preferring to accommodate such employees.

Amit Ramani, founder and CEO of Awfis, had earlier said, “Already around 60% of the employees in the best seven cities have returned to their hometowns and a potential 10% of them will not go back to their original work centres.” Tech Mahindra is said to be keen to hire talent from tier-2 and tier-3 cities.

Setting up of small campuses
To substantiate this, the company has already hired around 8,000 employees from nine locations, including Bhubaneswar, Nagpur, Vijayawada and Coimbatore. However, the company is yet to reveal whether the company has fixed co-working spaces in this regard or not. It is learnt that they have set up small campuses in some such places.

Meesho offering a job location selection
The company is giving its employees the option of working from home, office or any place according to their choice. Based on employee demand, the company will consider setting up satellite offices in locations with high talent density. this structure of Meesho has been described as a ‘model of a boundary less workplace’.

This story appeared in the 23 February, 2022 issue of News 18 Kannada and was originally published  at : Hybrid work mode: Mahindra requires only 50% space for office work!- News 18 Kannada